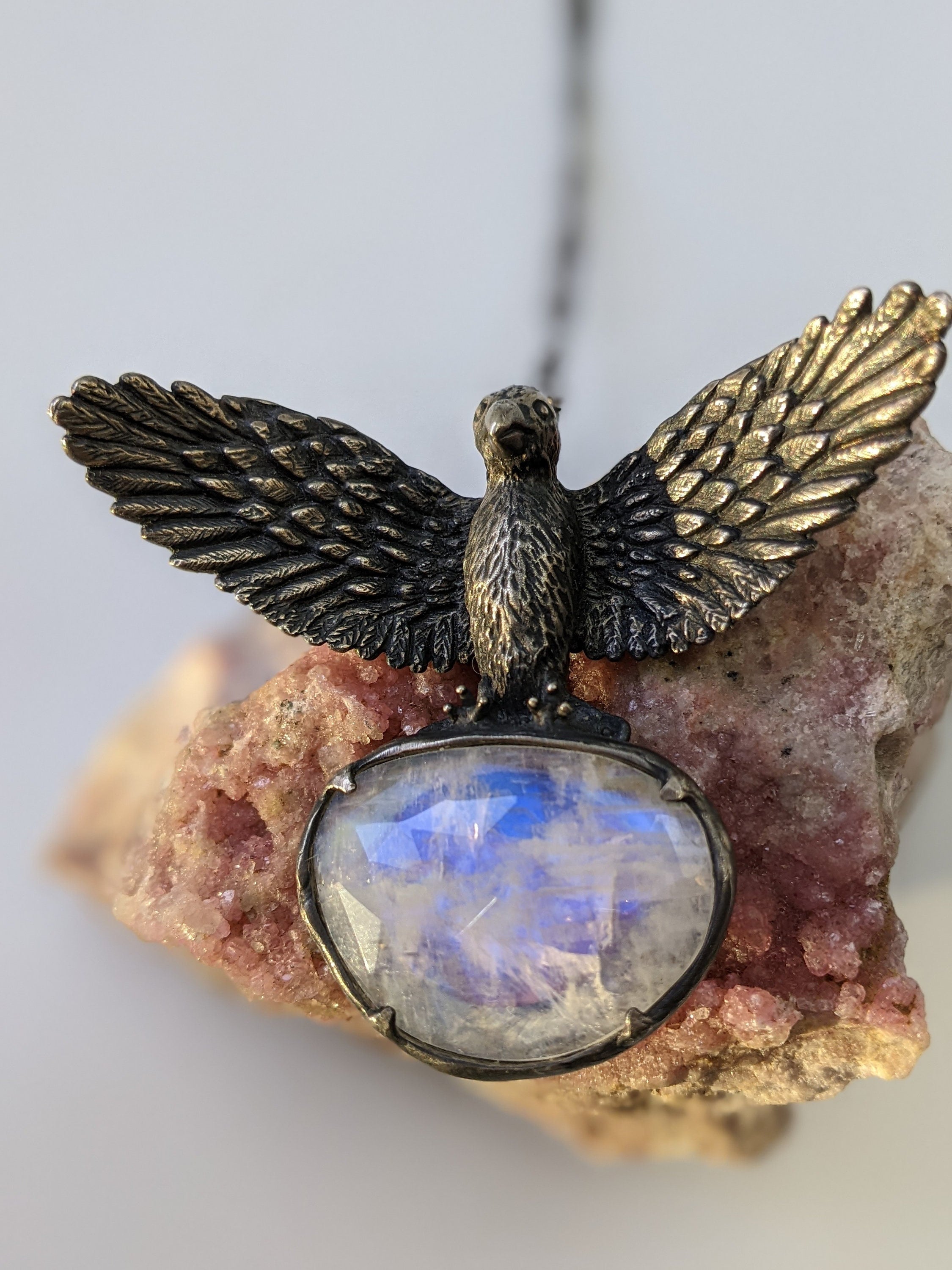 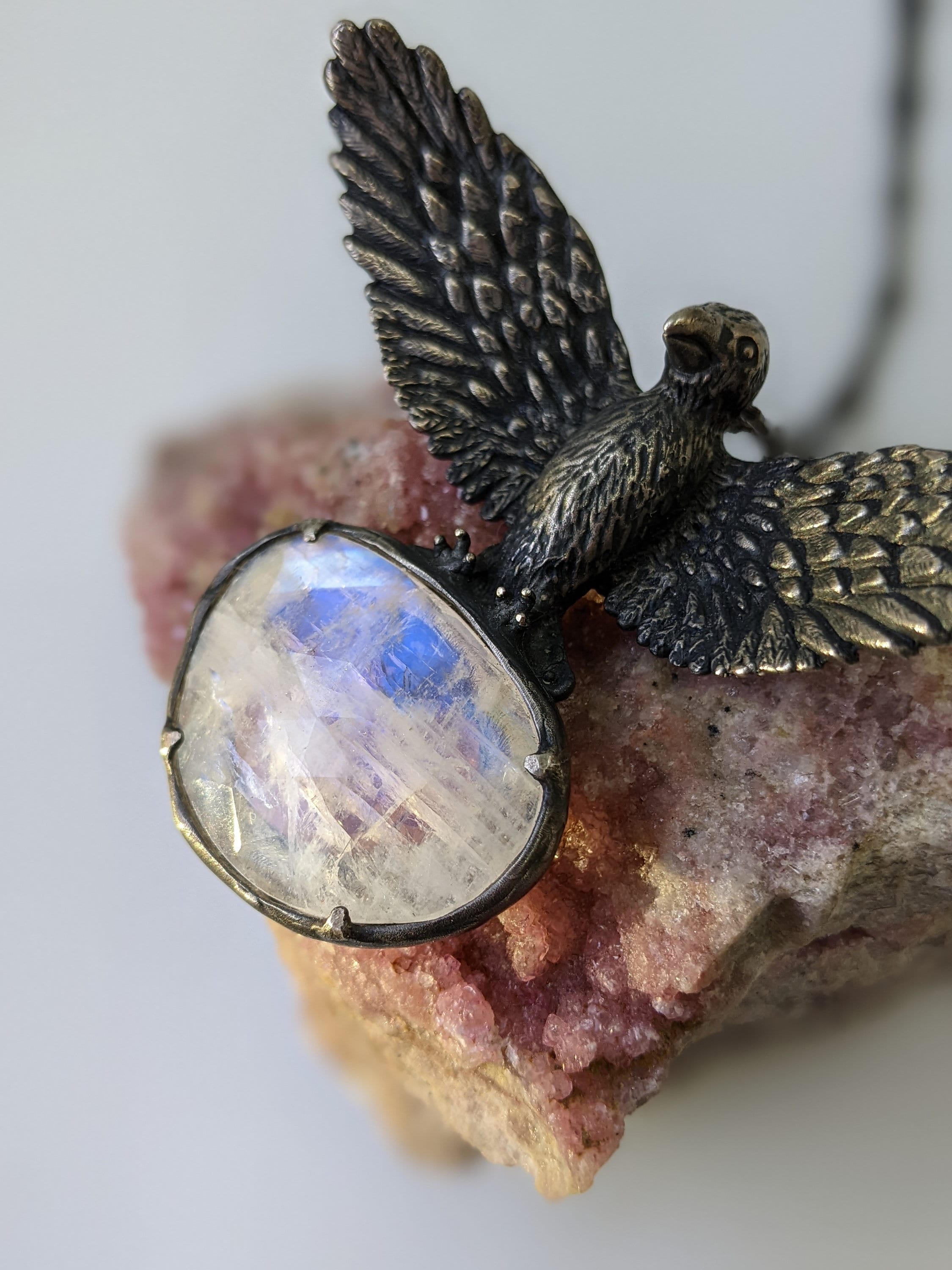 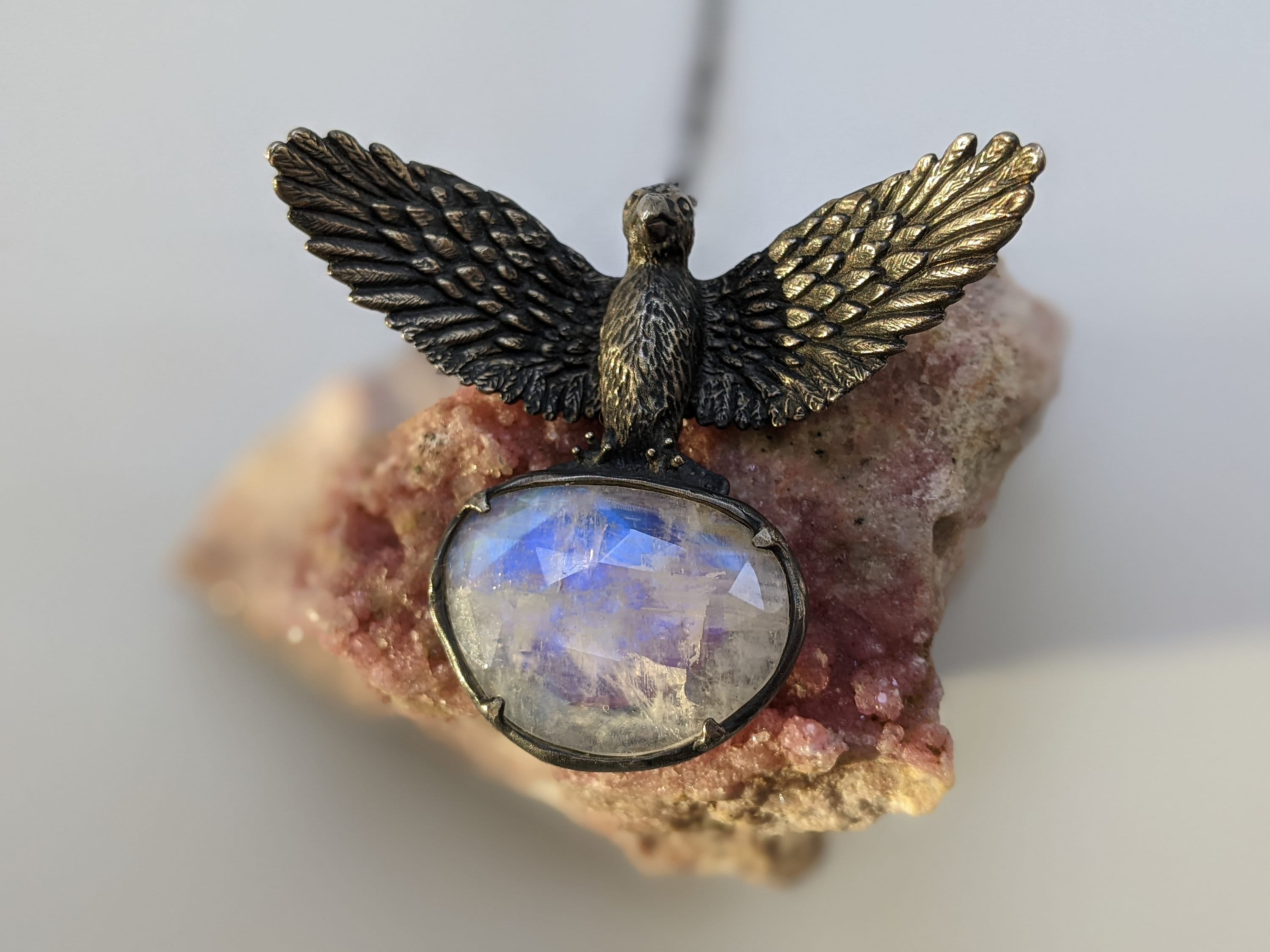 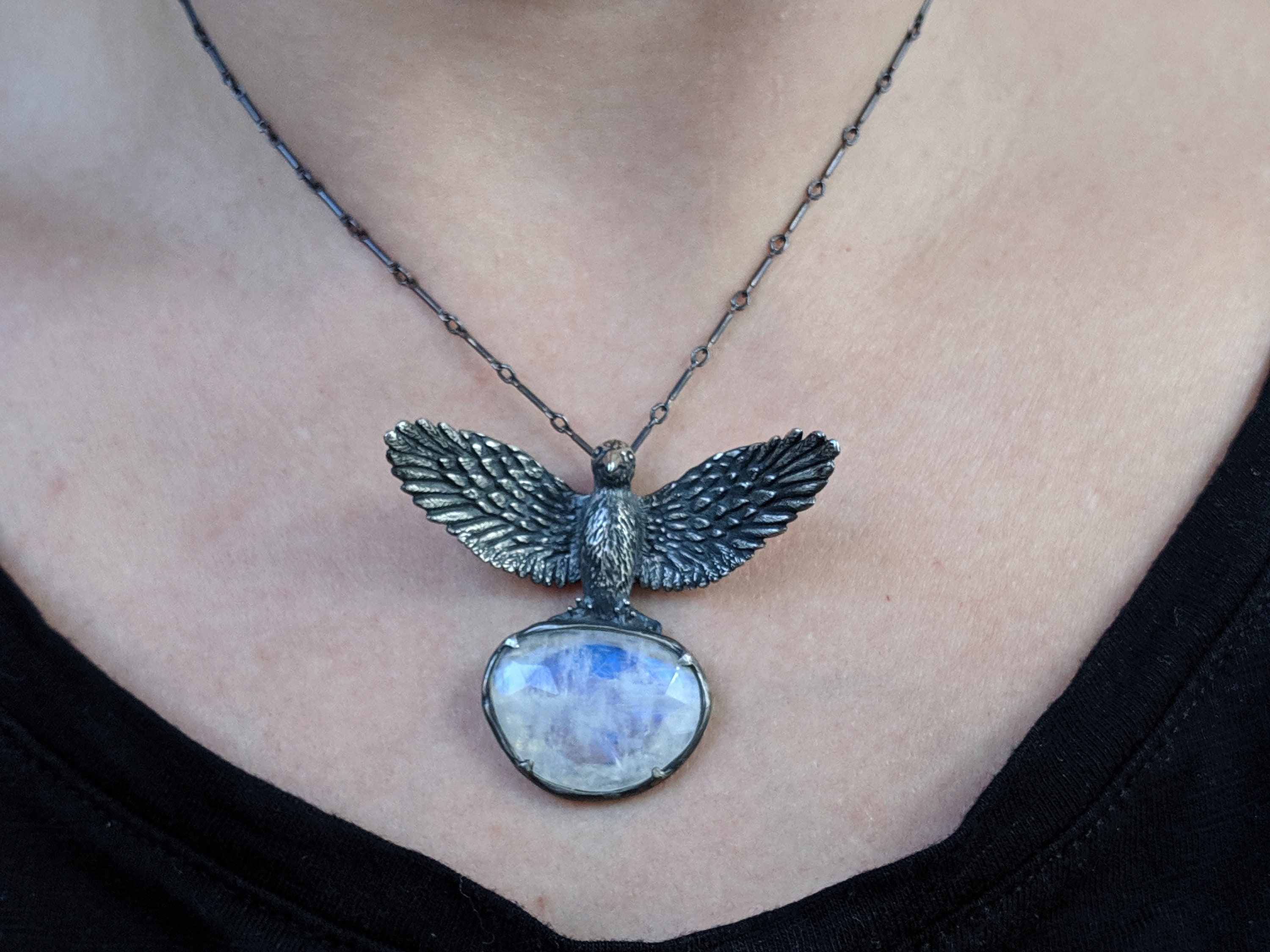 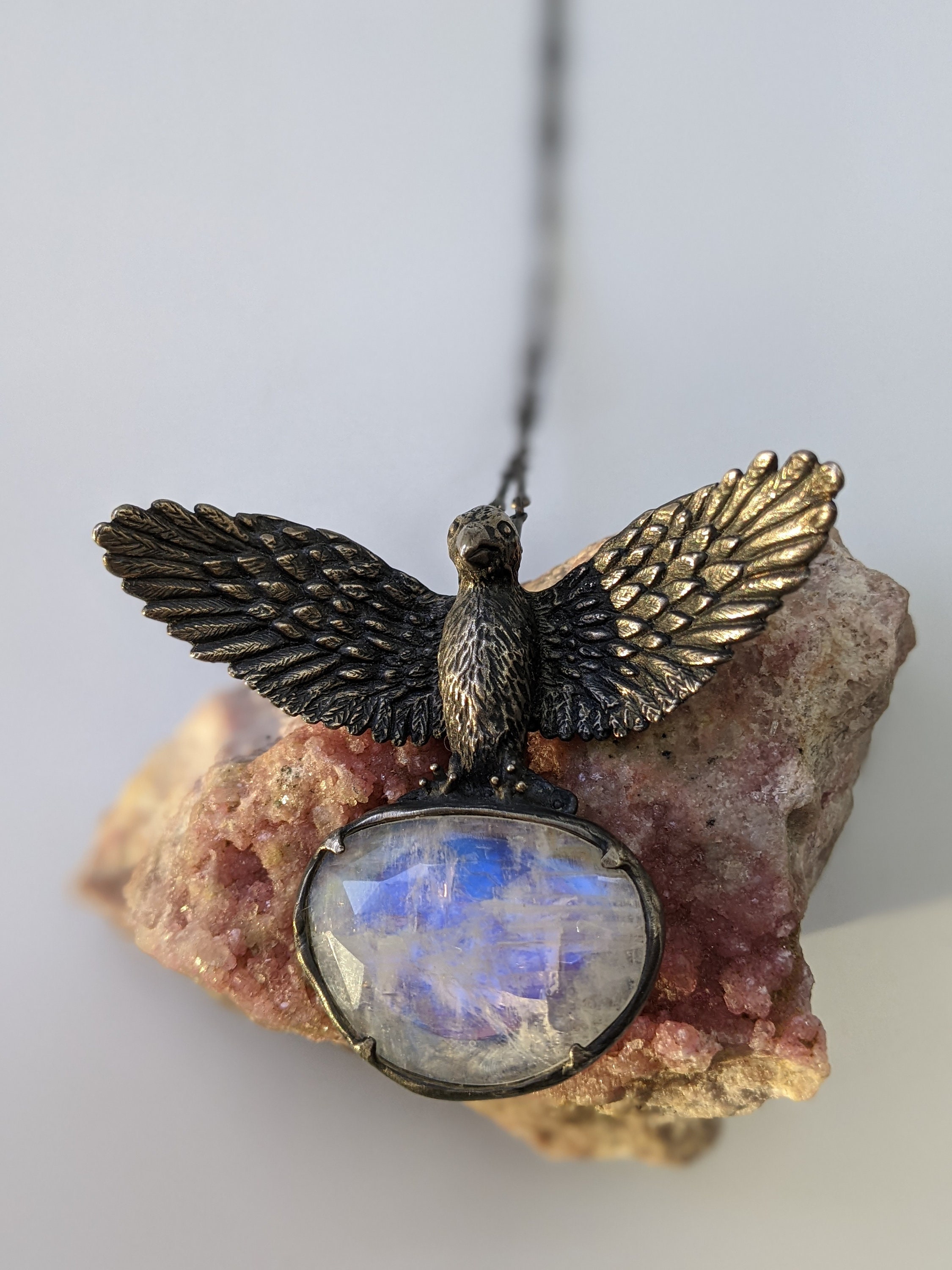 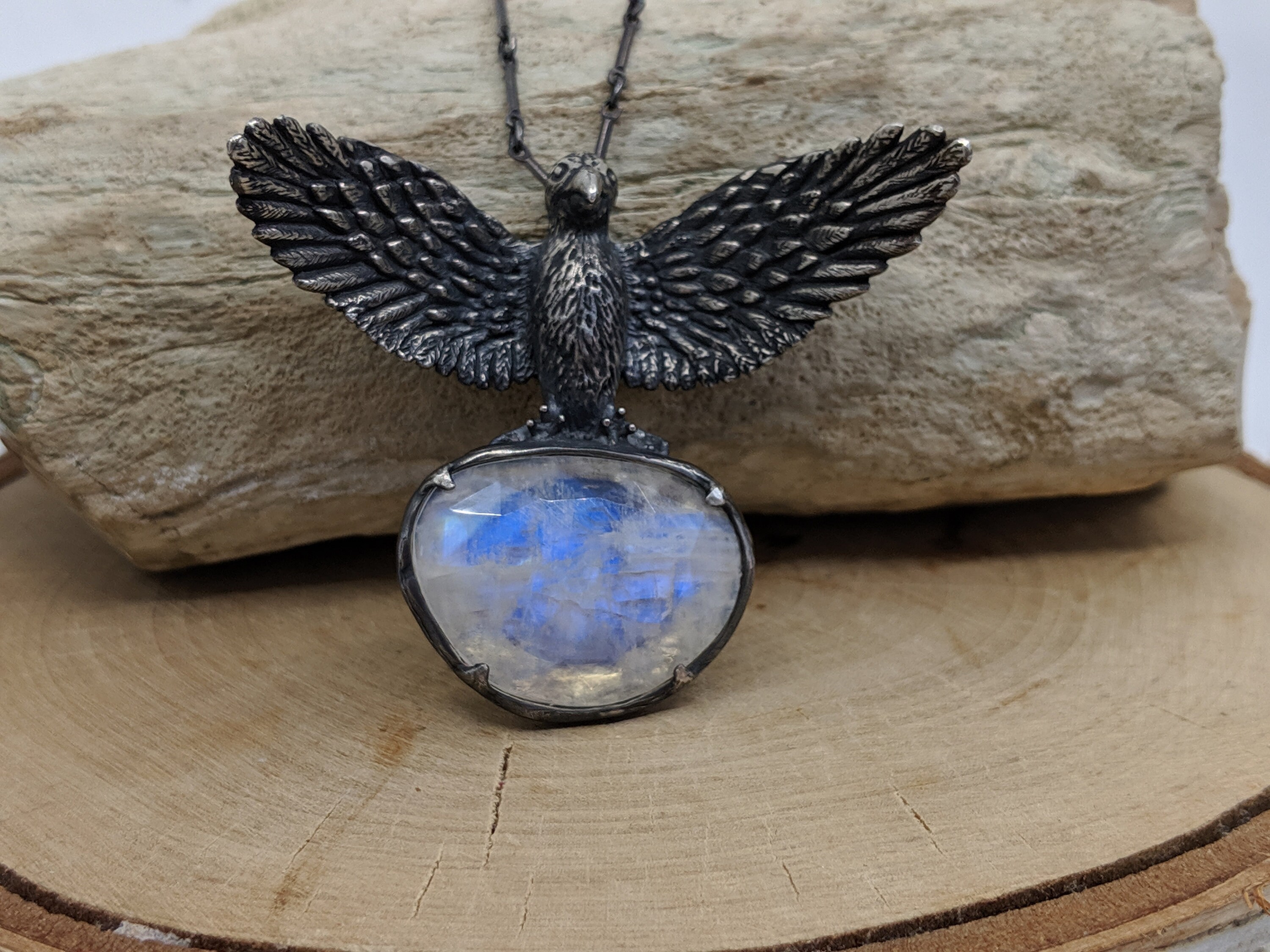 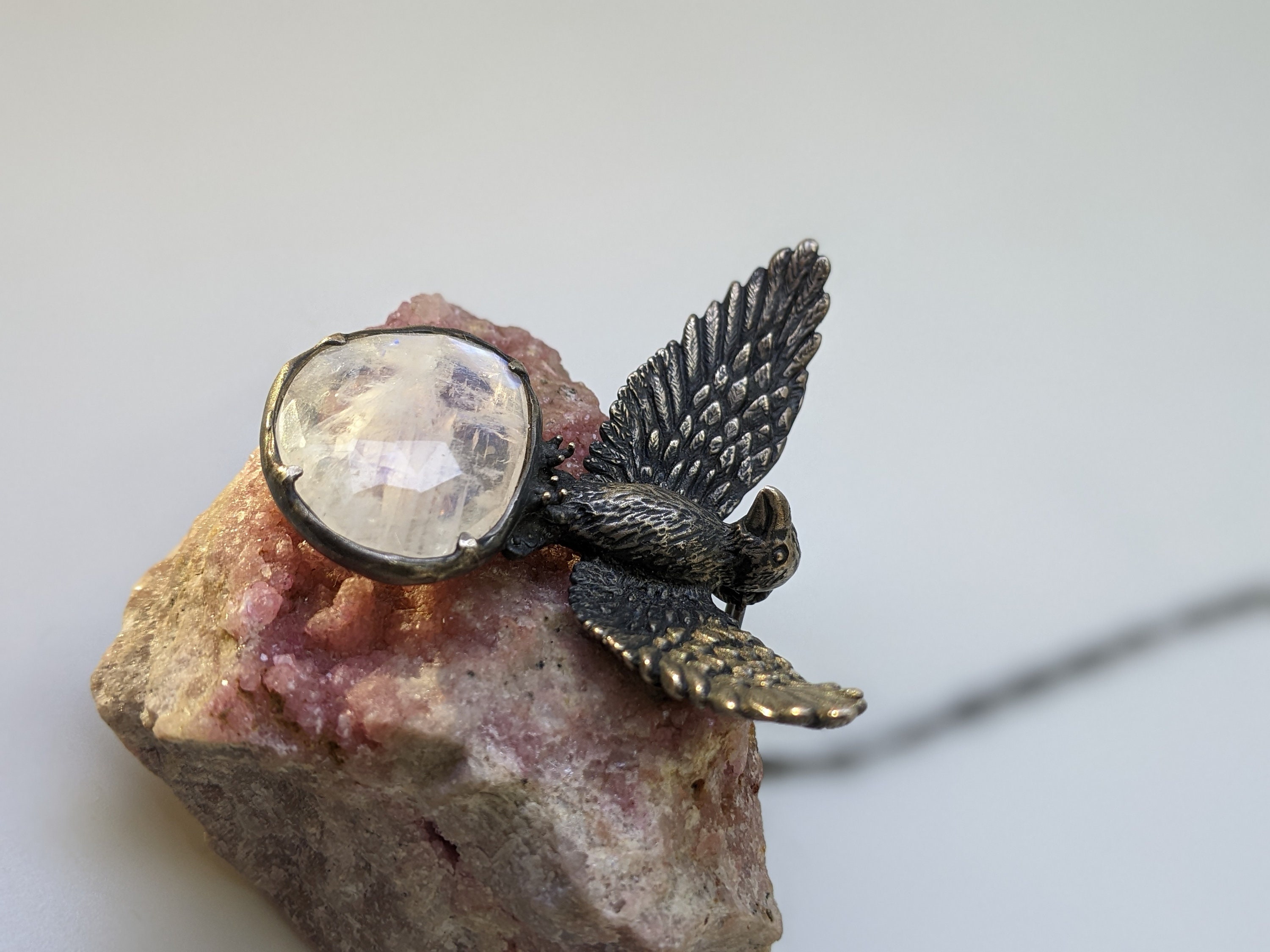 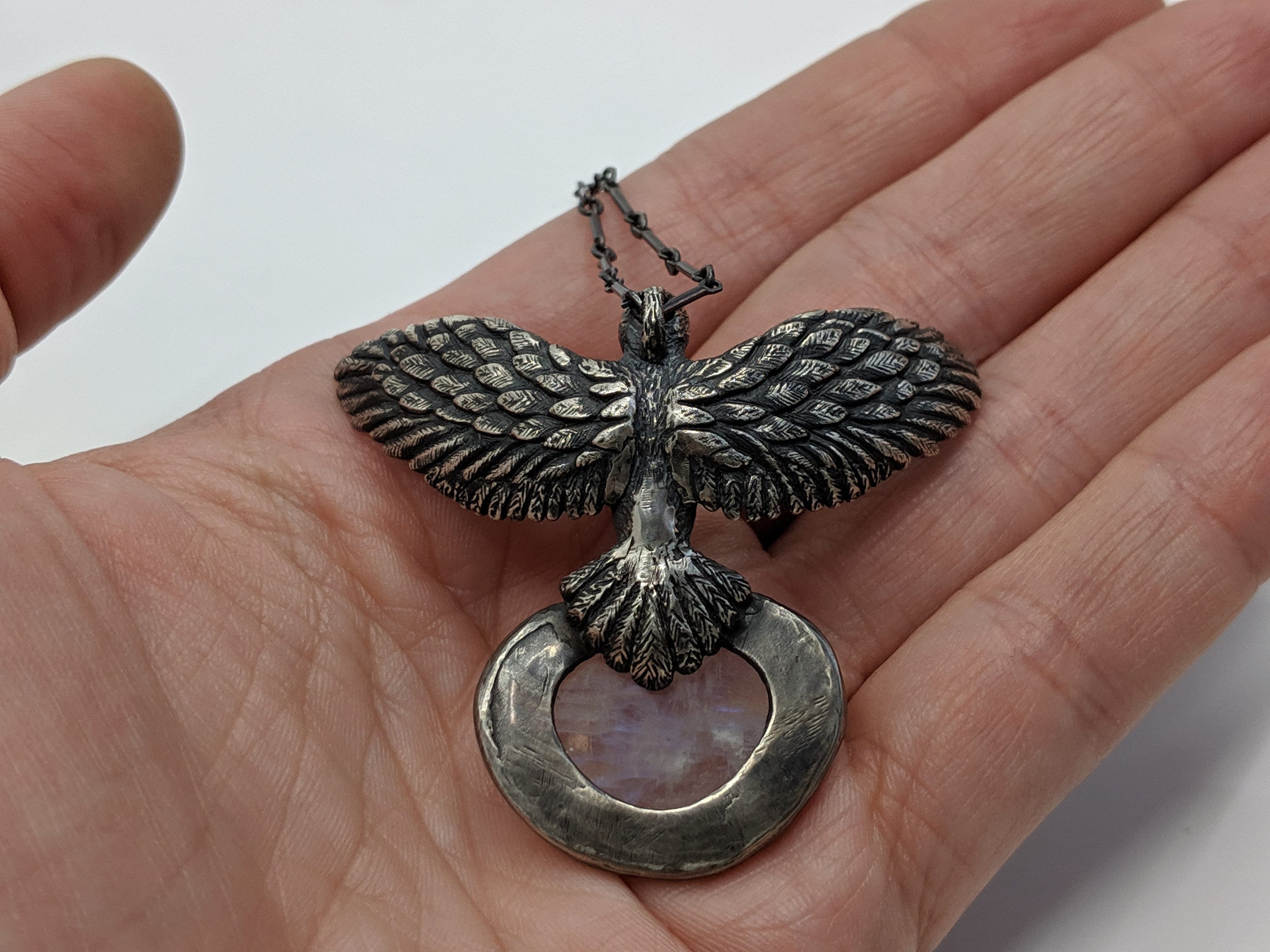 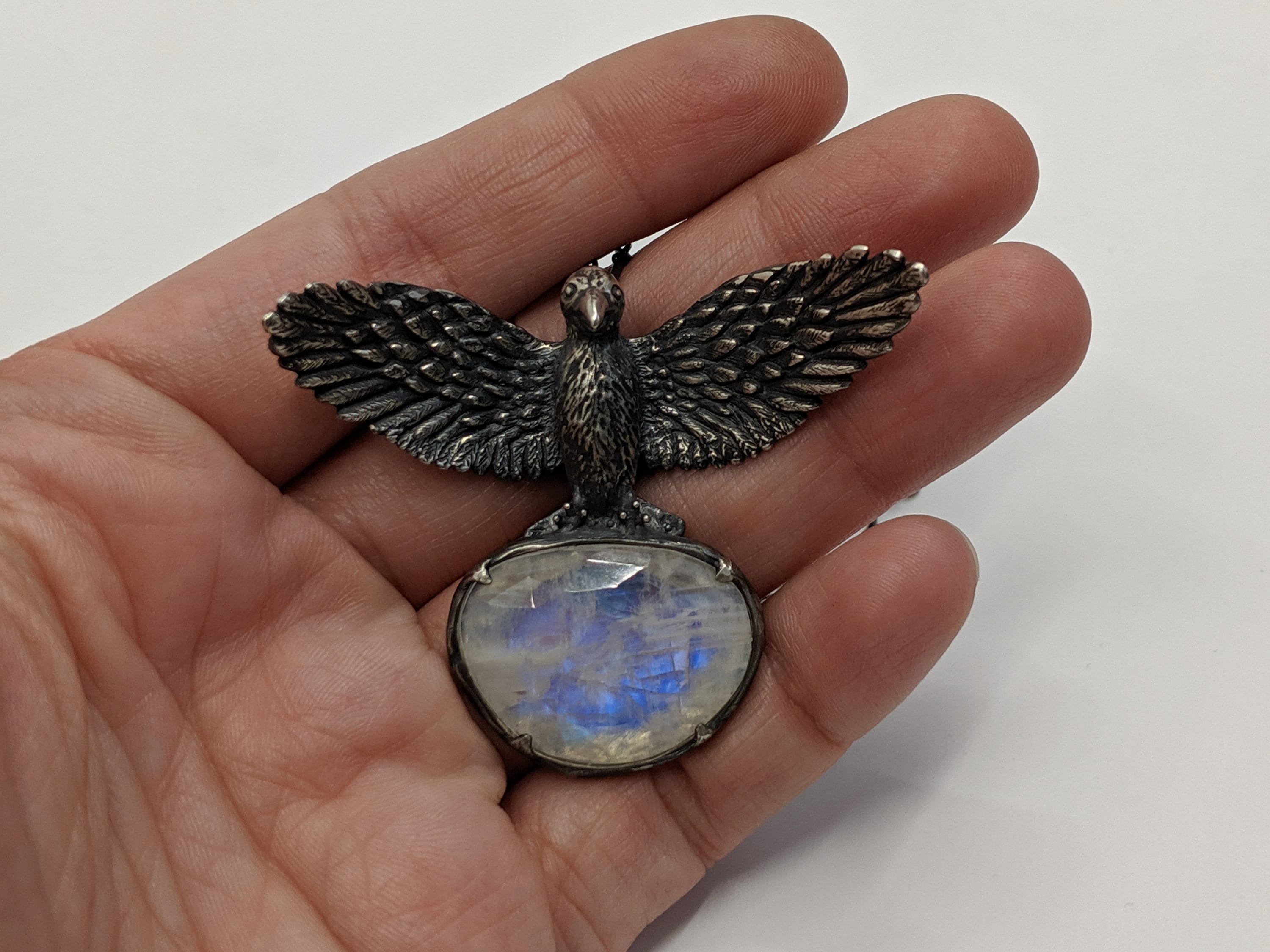 According to Norse mythology, Odin had a pair of ravens as his familiars. They were named Hugin and Munin and were Odin’s eyes and ears as they would fly all around Midgard and return to the all knowing Odin with their observations.
Odin was know as the “raven god” due to his association with the mystical birds. They perch on his shoulders and bring him information from their Midgard travels, as Odin bestowed upon them the ability to speak!
Through out ancient folklore and mythology ravens and crows have been associated with mystical and psychic abilities. They were thought to have the ability to travel through the veil between the two realms of life and death.

At the center of this necklace is a glowy blue moonstone. It is surrounded by branches and leaves that I collected and molded and then manipulated in wax to frame the stone and two fully 3D ravens are flying away, as if they are being sent out to gather information! Hugin and Munin were originally hand carved by me and then molded and I then inject the waxes and spend a lot of time cleaning them up and touching up the details in each wax myself before casting.

Measures about 2” across
The stone measures 25mm x 19mm

Solid sterling silver with and oxidized finish to reveal its many details.